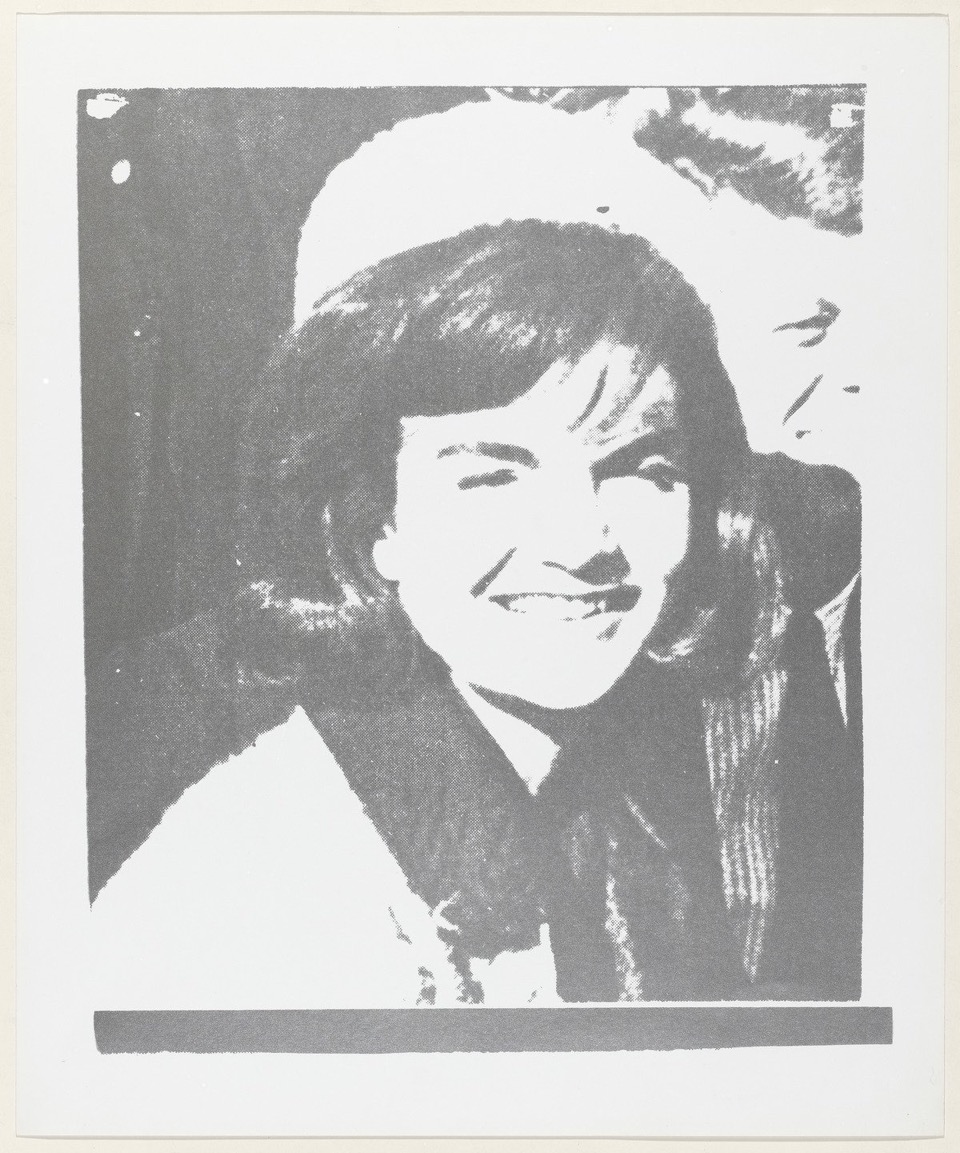 In 1965, the legendary 11 Pop Artists portfolio's including Lichtenstein and Warhol were published simultaneously in three volumes for an exhibition Pop and Op, which toured the United Sates from 1965 to 1967. Lichtenstein has said that he "thinks his 11 Pop Artists prints were his first true "Pop" prints, the first ones that were really done as prints." These images that Lichtenstein created for the portfolios including Sweet Dreams Baby or aka the "Pow" print, cemented his place in Pop Art and were themes that he continued to explore throughout his career. This particular work of art is in the MOMA Collection. Publisher Original Editions Printer Knickerbocker Machine & Foundry Inc., New York

materials
Screen print from a portfolio of ten screen prints (one with collage additions), and one lithograph
dimensions
52.7 x 44.8cm
edition
of 200

- (American, born 1928-87) Andy Warhol was an American painter, film-maker and author. Born in Pittsburgh, Warhol was originally named Warhola. He studied pictorial design at the Carnegie Institute of Technology, Pittsburgh, 1945-9 and later moved to New York where he worked as a commercial artist. Warhol was interested in American popular art and other reproductive processes. In 1960, he began to make paintings based on newspaper title pages, advertisements and other mass-produced images. Warhol began producing series of silkscreen prints of iconic American objects including Brillo boxes and Campbell's Soup Cans. Warhol made silkscreen portraits of celebrities such as Marilyn Monroe, Elizabeth Taylor, Elvis Presley and Jackie Kennedy.