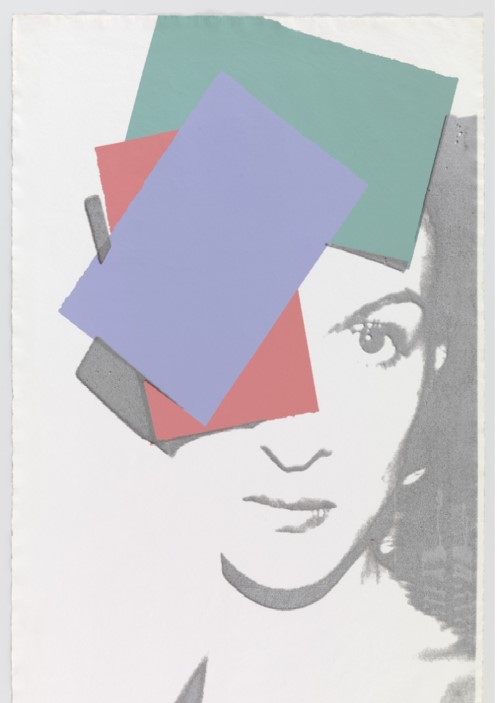 Paloma Picasso, 1975
From Homage to Picasso

The vibrant colours of the orange, purple and turquoise paper that cover Paloma's right eye sharply contrasts the black and white shading that Warhol uses on her face. This contrast directs you to the exposed eye, luring you into her world as she stares off beyond the context of the paper.     "Somebody called me up and asked me what I thought about Picasso and I said I never think about Picasso, I just think about Paloma" Andy Warhol 1980

(American, born 1928-87) Andy Warhol was an American painter, film-maker and author. Born in Pittsburgh, Warhol was originally named Warhola. He studied pictorial design at the Carnegie Institute of Technology, Pittsburgh, 1945-9 and later moved to New York where he worked as a commercial artist. Warhol was interested in American popular art and other reproductive processes. In 1960, he began to make paintings based on newspaper title pages, advertisements and other mass-produced images. Warhol began producing series of silkscreen prints of iconic American objects including Brillo boxes and Campbell's Soup Cans. Warhol made silkscreen portraits of celebrities such as Marilyn Monroe, Elizabeth Taylor, Elvis Presley and Jackie Kennedy

Please contact or Christian or Amy for further details: