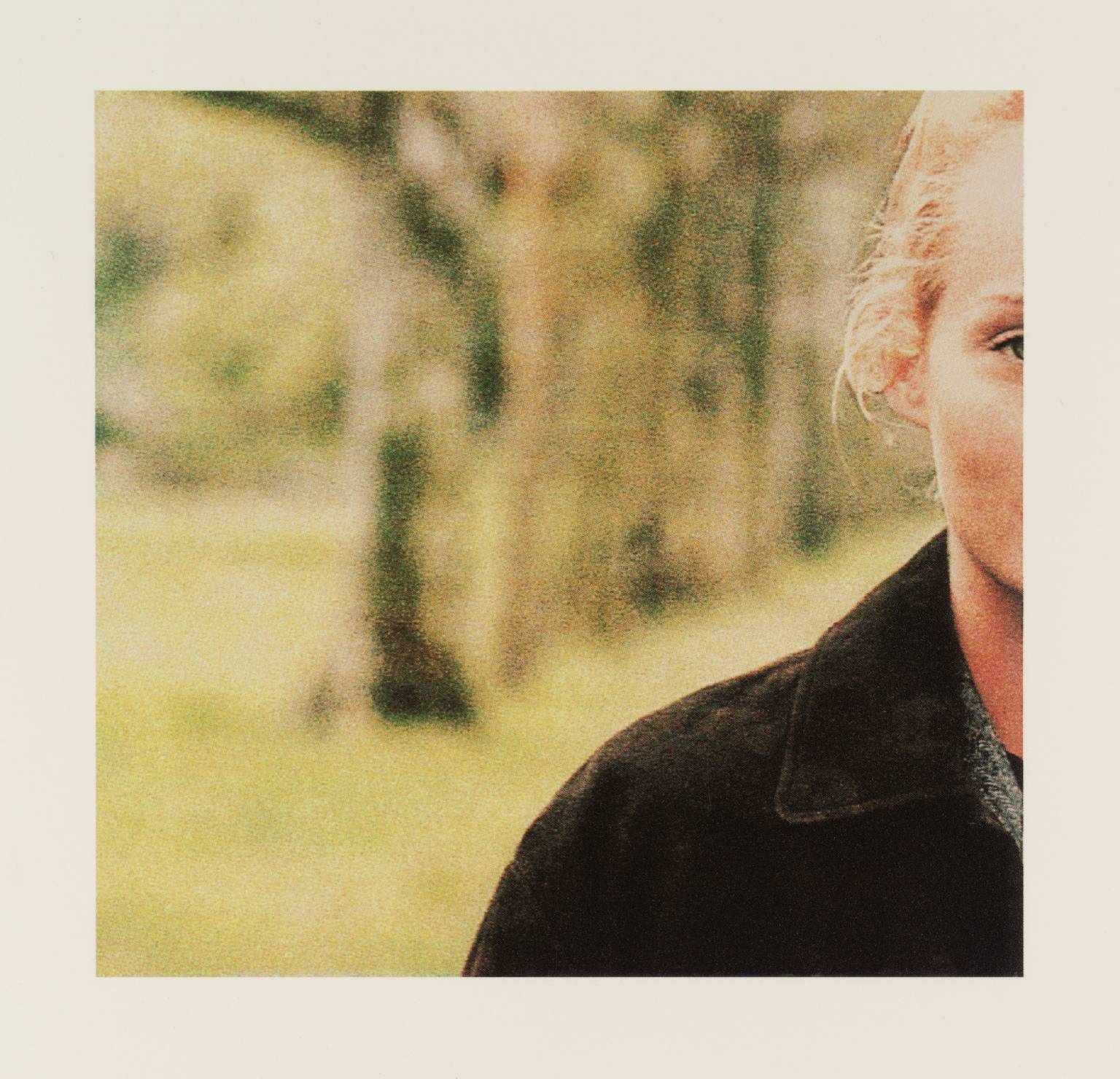 The complete set of ten offset lithographs in colours plus colophon, on ragcote paper, with full margins, signed, dated. A copy of this work is held in the Tate Collection

Uta Barth is a Californian based photographer. Her work has repeatedly refused to address a central subject, presenting us instead with out-of- focus backgrounds, peripheral views and passing glimpses of scenes seen only in passing. The content of her work has always been that of vision itself and her often empty images point us back to our perceptual experience as the primary point of engagement In passing was produced by waterless lithography, a special technique developed in the mid 1990s by Jeff Ryan. The ten images are not individually titled and do not have a particular sequence. They are derived from photographs culled by the artist from a variety of sources. Nine are colour and one is black and white. They depict out-of- focus, outdoor backgrounds with a foreground component protruding into the edge of each composition. This is part of the original 'subject' of the photograph, which Barth has cropped dramatically. Only the edges of shoulders, clothed and unclothed arms, hands and faces are visible. Several of the images derive from a photograph of a woman in front of trees; in others the background is so blurred as to be unreadable. The most overtly poetic image contains part of a woman's hand holding a cherry against a backdrop of greenery shimmering in white light. The woman's cheekbone and part of her right eye have been cropped into the top right corner of the image. Another image consists of a fragment of text laid over a photograph of a cloudy sky. The words, only partially visible, pose a question to a viewer about 'need' and 'want'. The frame of one image is half filled by a close-up view of a bare arm and waist, silhouetted in shadow against blue water.